Film Analysis Writing for Everyone

What is the difference between film and literature analysis?

These two types of analysis have a lot in common, but at the same time, they are different because of deal with diverse forms of art. The common thing is that you critically analyze and evaluate words, phrases, images – discourse in a broad sense. You formulate an argument and select appropriate evidence to support it. This rule works both with film and academic writing analysis. These analyses work with plots, characters, symbols, and dialogues. All these elements may be analyzed in terms of literature as well as cinema.

The main difference lies in the form of perception. In contrast to the literature, cinema provides broader dimensions, as it unites audio and visual elements in one thing. To make a movie is a costly process. For one or two hour video, directors spend months of filming, choose actors, screenwriters, and other staff. But still, either writers or filmmakers deal with words.

You may provide analysis in various directions if you need or want. Pretty often, students combine these approaches and create one film analysis example. You should understand that there are many more methods of analyzing. We consider only the most effective and optimal ones which students of various background may apply.

Analysis of narrative structure. So let’s start with something more familiar. This type mainly focuses on the story and its elements. Unlike a dramatic structure with its exposition, rising action, climax, falling action, resolution, the film consists of three acts – setup, confrontation, and resolution. Narrative structure analysis divides the movie into these elements.

Semiotic analysis. It deals with the meaning of symbols and signs. In particular, it may be an analogy, a metaphor, and symbolism. Try to explain how the small signs hint about a character or his behavior. Pay attention to the universal symbols that denote general concepts and feelings such as peace, love, hate, death, and so on. At the same time, you may likely find the symbol that covers only this film, and under normal circumstances, you wouldn’t notice it

Contextual analysis. In this case, you try to find out the place of the movie in a broader context. You need to go beyond the film and think about the time, location, and culture where it was created. Do little research and read more about the social and political situation or the team of filmmakers. All these may hide some implication. In other words, you need to dig deeper.

Analysis of mise-en-scene. This type of analysis is the most cinematic. It aims to reveal the meaning of arrangements of this or that composition element. You should not only identify the elements of a scene but also to explain their significance. Take a look at actors’ costumes, props, light, camera angles, special effects, colors, music, choreography, characters’ placement.

The answer to the question about how to write a film analysis may surprise you. In the same way, you write any other argumentative essay. But there are still some points that we need to emphasize, and they relate to the specifics we discussed previously.

Watch the movie. It is obvious but, first of all, you watch the film and make necessary notes on everything worth mentioning – the essential elements such as symbolism, the plot, your favorite moment, a general atmosphere in the movie.

How to write a movie analysis?

After you become familiar with what you will be dealing with, you should outline a paper. For that, you need to gather all the information available to you and form the first frame of the essay.

Introduction. Similar to academic writing, film analysis should include a strong thesis statement that shows whether you support the film or, on the contrary, don’t like it. There is no sense to cover the whole film, and it is much better to be brief and write about a specific segment of the film. Be careful with your argument and check whether you can provide reliable and logical explanations with examples. To make people read your writing, you need to encourage and hook them.

You also need to include background information on the film. In particular, in the introduction you have to write a title of the film, names of the director and leading actors, clarify when and where it was filmed, and whether it is based on a book.

Body paragraphs. Start it with a summary of the plot to show that you are competent about the movie. Then you can move on to the central theme, but keep in mind one thing – your task is to analyze, interpret, and evaluate what you saw. Considerable attention must be paid to technical aspects as well – visual elements, camera work, design, lightning. You can talk about acting, directing, and costumes.

While writing, you need to use the present tense and follow principle one paragraph – one argument. Everything should be built logically and run smoothly.

Conclusion. It must necessarily correlate with the introduction but not recapitulate it. You review your opinion according to the information in the body. 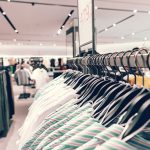 Don't leave without a gift!

Get FREE Plagiarism Report for your first order.